Turning a fun side project into a profitable business

Interview with Justin Higgins
I kind of fell into the trap that apparently a lot of entrepreneurs do - getting stuck in the business and product development land. 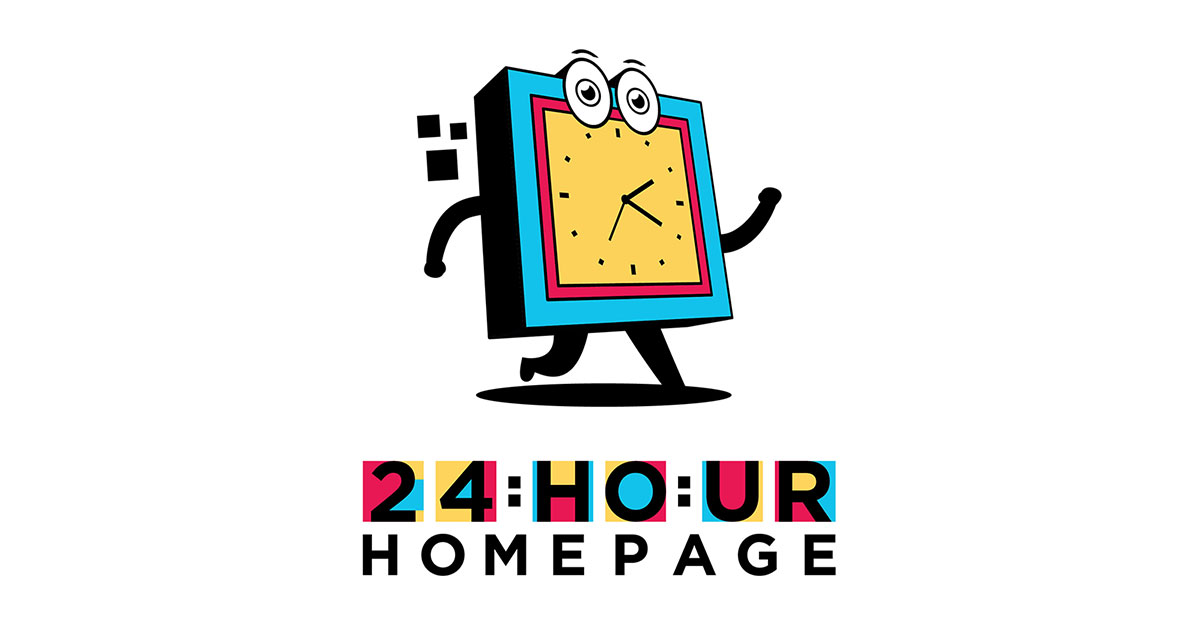 I’m interested to know how you got to the point where you came up with this idea? Can you tell us a little bit about your background?

So my project is 24hourhomepage.com. Maybe what prompted the question is how odd it is because it’s definitely not like a traditional business. I’m a software engineer, been in the game so to speak for 10 plus years. I had a venture a few years ago called Selfless. I ran it by myself. It was a research sharing platform and I kind of fell into the trap that apparently a lot of entrepreneurs do - getting stuck in the business and product development land.

After I spun it down, I realized that, in retrospect, I was not doing the hard or the uncomfortable work of growing, usage, marketing it, and really getting people into the platform. So I went back to a traditional job and then I still had this creative energy that I wanted to build something, but I didn’t want to fall into the same trend of you build it and then hiding behind product development.

I wanted to design something that forced me to get better at communicating but was also fun. I had a bunch of ideas. One really came to mind and after kind of shopping it with my old boss Tyler Brock, shout out - he works at Hustle - 24hourhomepage.com was born. I was still working at my old job and realized that, you know, if I wanted to really challenge myself, I would need to give it my full attention.

So here I am. And for those who aren’t familiar with the product it is effectively like a 24 hour movie. When you go to 24hourhomepage.com, you see one image per second corresponding to the current second of the day and every second is clickable. Every image is clickable and links to a website or portfolio - whatever you want to link to (as long as it’s family friendly) and all the content repeats forever. So it’s sort of like an internet artifact. And that’s why I would say it’s a non-traditional business idea.

How did you go about developing your skills to get to this point?

Back in college I studied physics and astrophysics and kinda got the bug for coding through some undergraduate research positions. I wasn’t really doing much.. you know, running scripts and building out pipelines. It gave me the itch for what coding can do.

After college I was seeking internships. I found one with a company called Serbia. One of the co-founders was an early engineer at Napster when he was a teenager. I interviewed and picked the brain of Jordan Ritter who’s business brain was super inspiring and, getting under his tutelage, it was my early focus.

After that I joined a company called MOG, which later became Beats music, which later became Apple music. Then I started the project Selfless that I referenced earlier, took up some contract work, worked for a company of Polaroid, which had an Instagram like competitor that recently helped Hustle through the last election seasons.

Let’s talk more about your project now. I must admit when I saw this - I’m sure I’m not the only person that thought this - I was reminded of milliondollarhomepage.com. I’m not sure if that was your inspiration or you took anything from that?

The name actually came from Tyler Brock. I was wanting to call it something like 86,400 advertisements or something that it was really about - how many units were available - but he was like, no, no, no. You have to pay homage to that idea. I think though that the homepage reference has changed significantly. I think a lot of people don’t really have the concept of a browser homepage as much anymore. There is a home button on browsers, but I’m not sure people are really familiar with it. Maybe the default tab.

A few people have tried to reinvent the success of milliondollarhomepage.com What would you say is your mindset that perhaps sets you apart from other people that have tried similar things?

It’s definitely a mindset in addition to a slight product differentiation. I think there have been copycat products - there’s a $10,000 home page or an empty home page. And basically it’s the same idea. You buy a pixel on fully rendered Webpage.

What this has though is sort of meme elements to it - you can’t really experience the entire version of the product unless you crawl the website. This is something that you can return to in several years because you are only seeing the current second of the day. So if you haven’t been there at 4:00 AM, you don’t know what the 4:00 AM experience is like. It has this kind of virality baked into it.

Mindset is why this thing is like a meta project for me. It’s a chicken and egg marketplace, really, for it to succeed. It needs my voice and energy and positivity to grow it. Some people think it’s a crazy business idea would never work. Others like you hop on immediately.

I have a weekly blog on medium.com where I update all of my experiments - what works, what doesn’t in the last week - to get people on the system and the system within it. I’m just trying to be as transparent as possible in my learnings and I’m trying to share my learning with everybody.

What would you say to someone who is at the start of the process of building a side project?

I really liked this document or build in public energy. My big thesis is have a spark within you and surround yourself with accountability systems or partners. We’re both in the Indie Worldwide community but that could be Twitter or LinkedIn, friends and family. Really stretch yourself to grow. It could be documenting what you do every week. That’s the building in public philosophy. It should be challenging for you, so if you feel challenged that’s a good sign.

Listen to the 9 minute podcast on Racket