Interview with Anthony Castrio Member
It was at the beginning of the stay at home period of the pandemic. I was really bored, really unemployed 😄. Wanted something to do. We launched it on Hacker News and nobody cared because I used a bad title. A week later I launched again with just the name Healthcare is Dumb.. and it blew up. 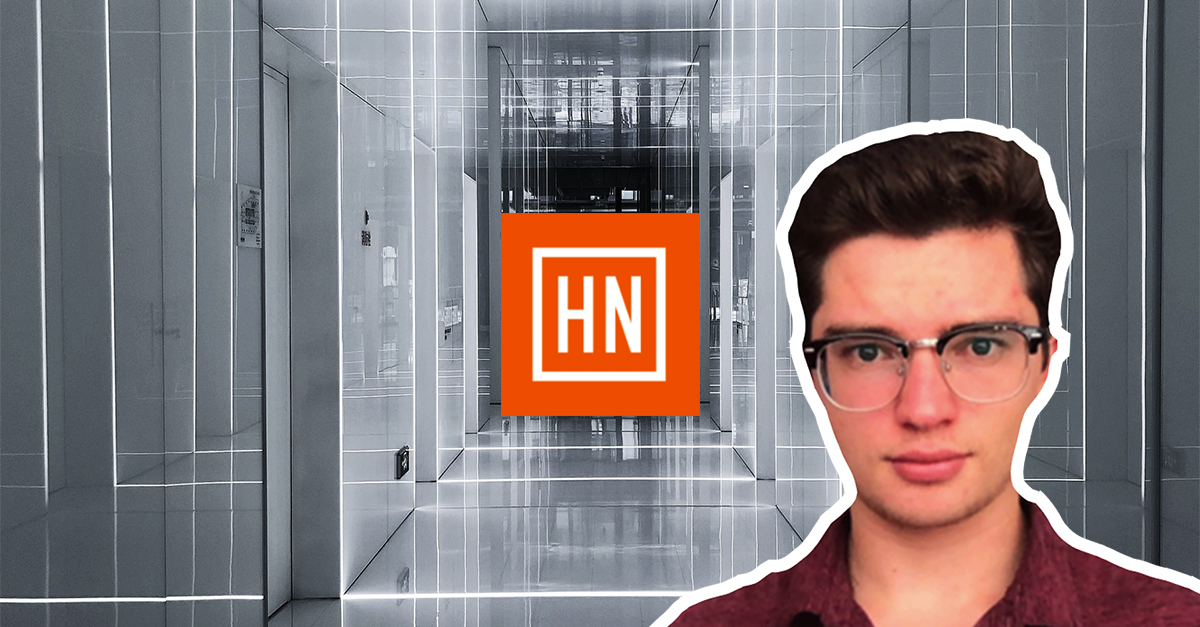 For the past couple of years, you’ve been busy working on community building. Tell us a little about how that’s going.

My full-time job at this point is working on Indie Worldwide. I started it a couple of years ago with just the goal of meeting cool indie hackers and getting some inspiration. We kind of did a virtual meetup once a month and that was about it. Now we do a lot more. We have a Slack channel that’s pretty popular, we’re doing challenges every few months and two events per month.

Is it going better than you expected, or about the same?

Yeah, about a thousand times better than I ever really planned for it!

I think the first time we met was at the start of the 100 users in 100 days challenge. How did that idea come about?

I wanted to grow the paid tier of Indie Worldwide, which is called Founders Club. It’s kind of like an artisanal lunch club. I make matches between people once a week in a really curated sort of way. I was thinking - you really need to grow this thing bigger. If it’s going to support the community I would love to be able to get to a hundred users in a hundred days, and that’s pretty catchy.

I wondered if anybody else would be interested so I shared the idea with the group somehow. There were a few hands to express interest, but then I kind of put on the back burner for a month to work on other stuff. I forget who it was but somebody reached out and was like, Hey, are we going to do this??

That told me they must actually be pretty interested if they’re following up on it, so I got my butt in gear and put it together and launched it later that same week. It ended up being way bigger than I expected - more than doubled the size of the community in about a week!

Do you think you will keep running with more of these types of things in the future?

Yeah absolutely. As soon as this one ends we’re going to launch another one with more of a revenue focus. It’s going to be something like $10,000 in 10 weeks MMR. That will be the goal, and we’re going to partner with Nathan Latka from Founder Path on that, so that’s pretty cool.

That sounds great. We’re going to move onto a subject now that’s close to my heart - side projects. You had this idea a while ago and it generated quite a bit of interest. Tell us a bit about that. What was your inspiration and what was your main takeaway from that project?

It was at the beginning of the “Stay at Home” period of the pandemic. I was really bored. Really unemployed 😄. Wanted something to do. And also in the US once you turn 26 years old you get kicked off your parent’s insurance.

I was 25 at the time and looking at my options and kind of in the midst of all that I was scrolling through Hacker News. Somebody mentioned that their spouse had managed to get health insurance by going to their University and that, when they pencil it out, even with the inflated cost of education in the US it was cheaper than what they could get it in the marketplace. So that sparked the idea.

My data mind was like “I wonder how applicable this is? Maybe it only works in California, Massachusetts or something”. I really wanted to gather data on all the universities that I could find. I ended up engaging my little brother who’s about 10 years younger than me as my first Data collector. We built that data set that covered all the public universities in the USA.

You look up a university in your state, it gives you an estimate of the monthly cost. You go check what the actual monthly cost would be. You sign up for probably two classes per semester, plus pay a semester price for the health insurance.

When you add all that and divide by 12 you get your monthly cost and it turns out to be pretty cheap. It gets cheaper the bigger your family is. If you’re a family of four trying to get a decent plan on the open market it’s going to cost you a lot of money in the USA but you can get it significantly cheaper going through a university according to the data that I was able to gather.

What it was to me was just a highlight of just how dumb the system is. The idea that you can play two really dumb systems off each other in order to profit tickled all the right buttons for me and I think for a lot of other people too.

Most of the work was the data collection, getting all that solid and consistent and having a large enough data set to launch on. We gathered data on all the universities. I made public about a hundred or so.

Healthcare is Dumb is the name I chose because it’s the one people reacted to. I tried a couple of other names that nobody seemed to care about, but Healthcare is Dumb got people giggling. It seemed like it would work well and we launched it on HN. Nobody cared because I used a bad title.

A week later I launched again with just the name Healthcare is Dumb and it blew up. It got really big. A couple of reporters reached out. There were tens of thousands of hits on the site. We also got featured on a couple of big blogs. So yeah, that was pretty cool.

I probably invested over $2000 all together, which is not money I should have been spending at the time, but I was too curious and was pretty sure I would be able to eventually recoup that cost.. so let’s see where this Rabbit Hole takes me.

We’ll talk briefly about your new idea - I’d like to do a follow up on this at some point to go into more detail - but for now please give us a brief idea of what we can look forward to next.

Everything I do right now is mostly around Indie Worldwide ideas, bouncing off the back of that or trying to make the community better. The most popular Slack channel by far in that group is called Roast My Landing Page. You post there and get critical feedback of your landing pages. It’s really useful for people who are trying to get some initial attention on a project, especially people who are planning a larger launch like say a week from now. It’s really helpful to get some feedback today and improve the experience first before you launch.

I’m planning to launch a standalone website around that concept and probably link back to that Slack channel somehow, building a more polished experience around those two parts - getting some attention and making your website better.

Listen to the 9 minute podcast on Racket